More than 20 teams compete worldwide in the Champagne Water Polo league. Well over 500 men and women from 9 different countries meet all around the world to battle both in and out the water. 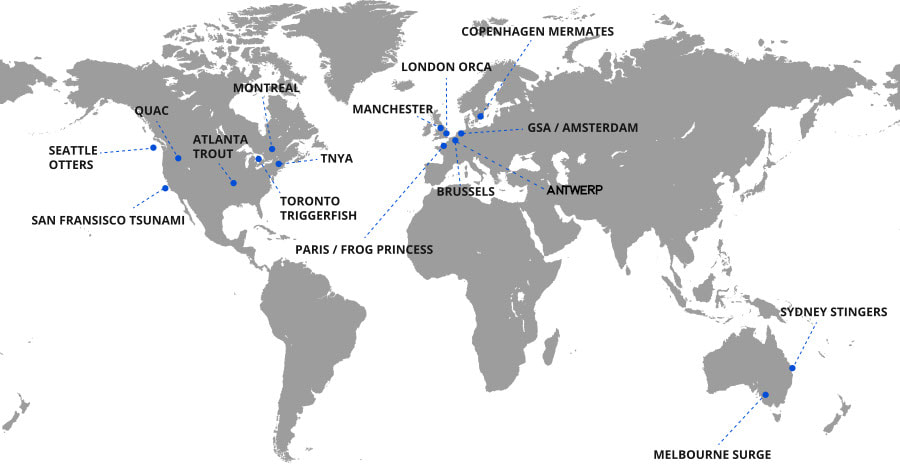 Websites of the other LGBT teams